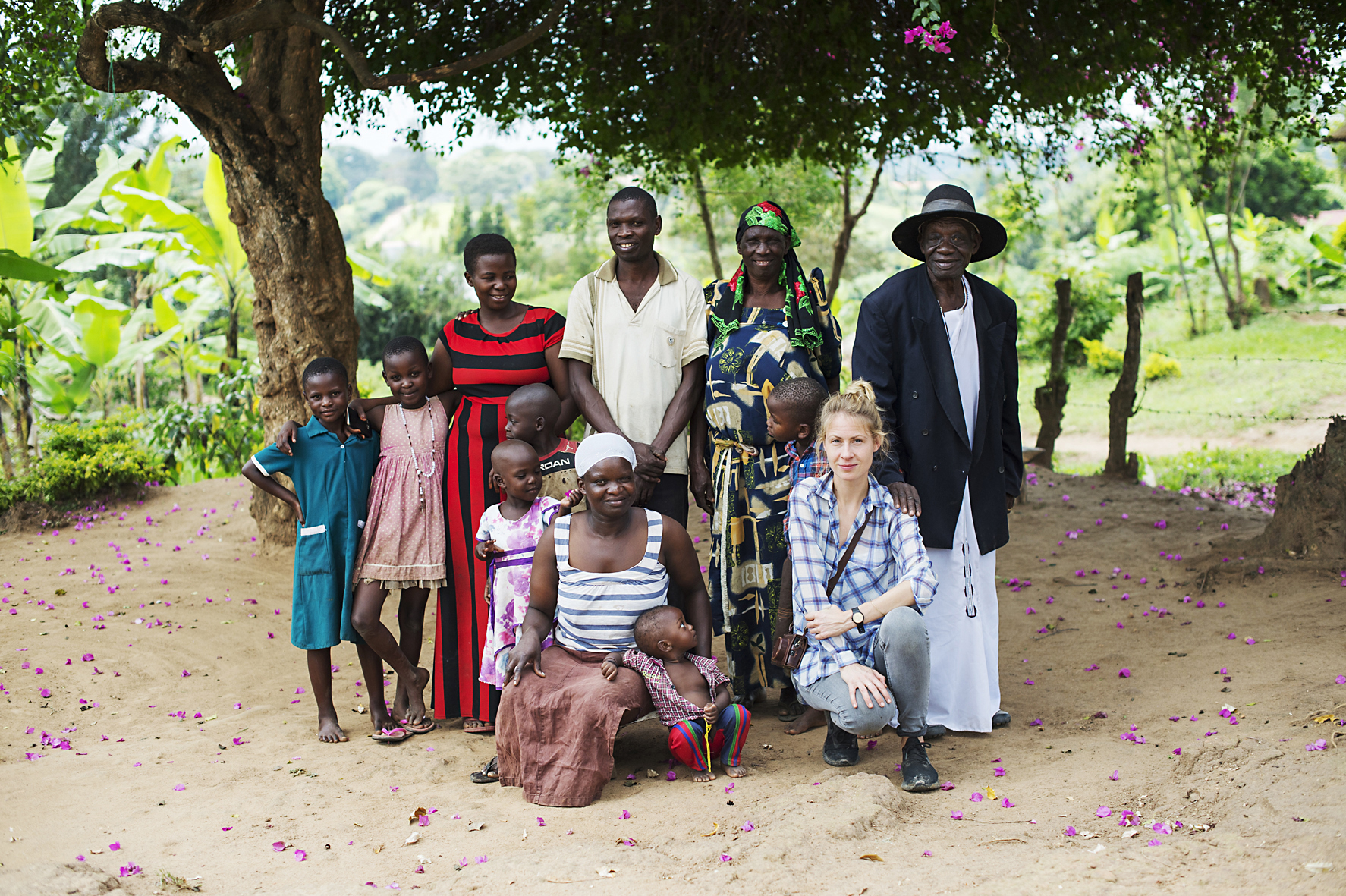 Excerpts from the prologue:

“In Africa we cook by feeling,” and “We cook together,” I’m told again and again. Before I started this project, I recall asking myself how many times I’ve eaten alone; too many! When did we stop communicating in the West?

In 2016, I began asking myself why it is that everything I know about Africa sound so bleak? Why is it that we in the West speak of it as if it were one country and not a continent with 54 countries?

One morning I woke up with the idea how I could help change that—make a cookbook. Not a normal cookbook, but a cookbook made up of recipes from average African people from all walks of life, prepared in the privacy of their homes, of people that will tell me their stories and show me their Africa through food. I wanted to explain the continent simply but personally, not through stereotypes but through true stories, to show its diversity that goes so much further than safaris, wars, starvation. The name “Eating with Africa” I chose to underline that not all people in Africa are starving. There is food and people do eat every day.

Everything began in December 2017 in Malawi, with the goal to visit ten countries in different corners of the continent and to find up to five homes in each. Other than an idea and a mission, I had nothing and no one backing me. I set myself a limit of roughly a year while commuting between Germany and Africa…I wanted to enable people to follow my travels up close and personally by documenting them on social media. I also wanted to show that if I can do it, anyone can. Because I was financing the project with every cent I earned, I had to budget, travel like a local, live simply and could rarely afford traveling longer than two weeks in each country. Beside the travel costs, there was a lot to be covered, including big food shopping runs and remunerations for the translators and families that I spent my days with. My itinerary was tight, with little sleep and long days traveling. Rarely was anything planned ahead, which left space for magical moments and spontaneous encounters. Often, I would find a translator on arrival, explain to them what I’m doing and together we would start researching….

The kitchen is the center of life, where family and friends meet, talk, and eat. With “Eating with Africa”  I want to encourage people to go back to the roots of fresh and often basic cooking, to cook together and to cook more by feeling.  For those who find it difficult: I’ve put measurements together.

Since the very beginning one vital question has remained for me: why are so many African countries struggling? Why are there still so many people living on a meal a day? In the book some of the problems are addressed…There isn’t just one solution that can fix things like a band aid. Change starts from the bottom and from the top, you need a strong foundation but you also need the proper architect.

As in the West, Africans, too, have their own systems and what works in one place doesn’t necessarily work in another. I personally believe the continent needs to rise through its own strength but at the same time it needs support. For me, one key to change is through community led development.

In March 2019, I made it to my last country, Sierra Leone. Chance led me to an NGO called OneVillage Partners, their programs bring village communities together to analyze the roots of their problems stepping in only to support with tools such as a budget, training, and guidance—the villages themselves make the decisions and then take action. I was overjoyed to first-handedly experience the results of the project and cooked with two of the women from one of the communities, the story with the recipe you will find in the book and more about the project, you’ll find on www.onevillagepartners.org A part of the proceeds of the book  will go to further building this program and to helping more communities in Africa flourish. This is not charity, for me thoughtful development is the future!

Africa is complex, this book and this journey only show a fraction of its diversity. If you have “Eating with Africa” in yours hands, then I hope to not only give you a taste for Africa, but to inspire you to find your own little Africa, a place where you leave your comfort zone and dare to let go, a place where you can feel alive. To the people who have helped me find mine, by sharing their time and tables with me, I dedicate with the greatest gratitude, this book. Enjoy “Eating with Africa”!

Maria Schiffer, born in 1980, is an American-German travel and food photographer. Her photographs combine authenticity with a touch of humor. Before her journeys for “Eating with Africa” she extensively travelled the African continent, including Ethiopia, Madagascar, Kenya, Zambia, Ghana, Rwanda, South Africa und Senegal. Maria is based in Berlin, working mostly as an editorial photographer. Her clients include renowned German travel, lifestyle and food magazines: www.mariaschiffer.com

THANK YOU To each person that helped me get through when my last cent was spent, thank you for believing in me! Thank you to the companies that supported me in one way or another: BP-Content, Der Feinschmecker Magazine, elbgold Röstkaffee GmbH, Dr. Bock Coaching Akademie, Domaine de Baccari, India Club Berlin,  A Kitchen in Uganda

„It always seems impossible until it is done.”
Nelson Mandela